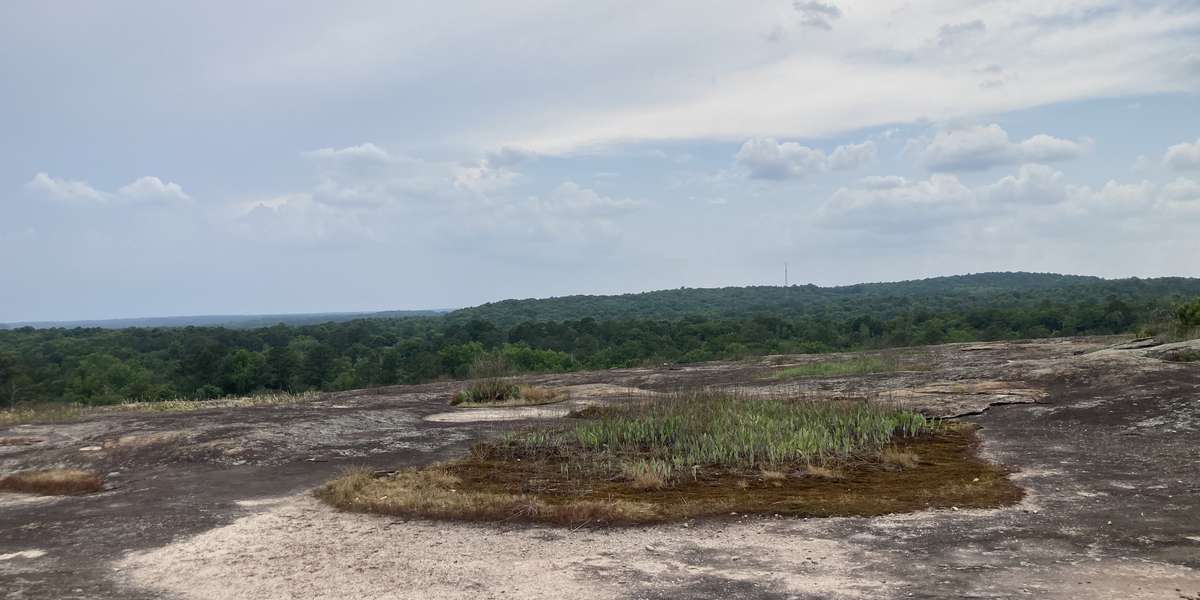 Helps the Rangers document seasonal changes on the summit of Davidson-Arabia Mountain! Watch as the red diamorpha comes and goes. View the yellow daisies as they put on a show!

The mountain itself is part of the 2,550 acre DeKalb County greenspace called the Davidson – Arabia Nature Preserve. The Preserve also includes other large formations of exposed granite, wetlands, pine and oak forests, multiple streams, and two lakes. The rare, native plant species, such as the signature red diamorpha in the winter and fall’s yellow daisies, make it seem as though the rock is in constant metamorphosis. While this Nature Preserve is considered an exceptional ecological wonder the area is also very much influenced by human hands. The evidence of quarrying activities are apparent in the industrial debris left on the mountain and of the abandoned structures once used by workers for storage, offices and shelter. The ruins of quarry buildings are found interspersed throughout the park and metal spikes that were used to split the granite are still embedded in the rock.