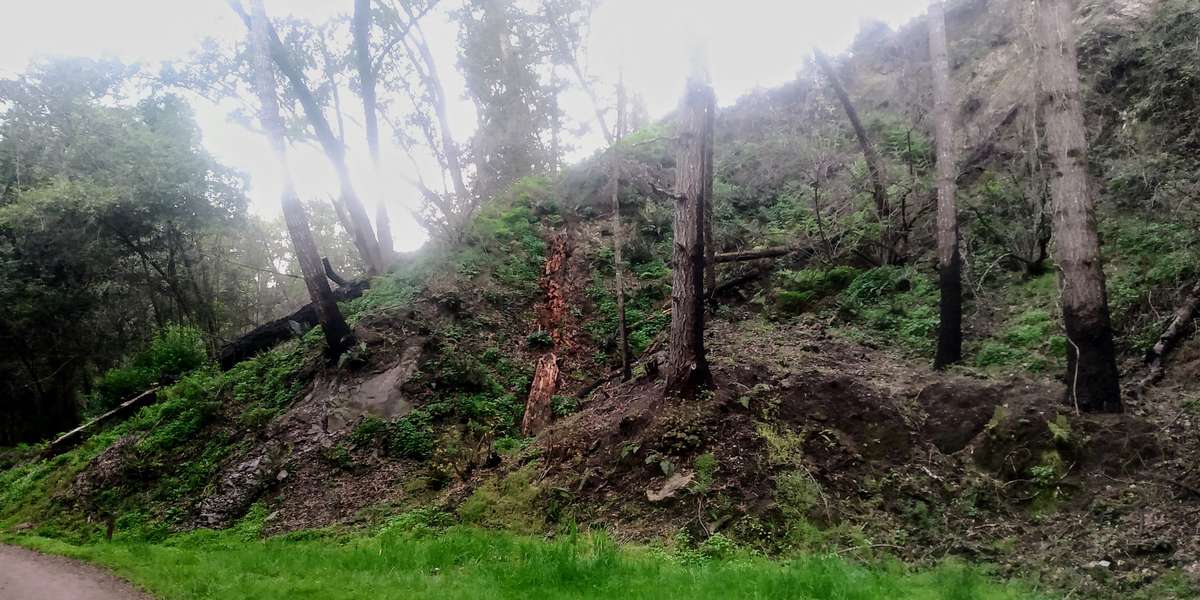 The Woodward Fire burned close to 2,000 acres in its first four days due in part to the lack of available firefighting resources, since so many  fires were burning simultaneously across California in the summer of 2020. While the Woodward Fire continued to spread after this initial phase of rapid growth, the remaining 3,000 acres that burned did so more gradually during burn-out operations.

A burn-out operation is a method of managing or containing a wildland fire. Rather than focusing all efforts on putting out a blaze, firefighters  strategically plan containment lines in the directions a fire may spread. Firefighters choose lines where they think it will be reasonable to stop the fire, provided there is not a risk to life or property in between.  Lines may be well beyond  the fire’s present boundary, and  can be an existing natural feature like a river or a cliffside, or a man-made feature such as a road or trail–anything where  firefighters can stage resources and the flames cannot reasonably jump over.

Once the containment line is in place, firefighters will conduct “back burns”, essentially burning the area between the containment line and the fire’s edge. They will thin out flammable materials and  set up hoses to ensure the back-burn remains controlled and does not get too hot.

The Bear Valley Trail and adjacent creek served as a containment line for the Woodward Fire. If you are walking south on the Bear Valley Trail (away from the Visitor Center), almost the entirety of the right-side of the trail makes up the eastern perimeter of the Woodward Fire. The hillside shown in this timelapse was not burned in the initial blaze, but rather was a low-heat back-burn which also resulted in healthy outcomes for many fire-adapted native plant species along this trail.