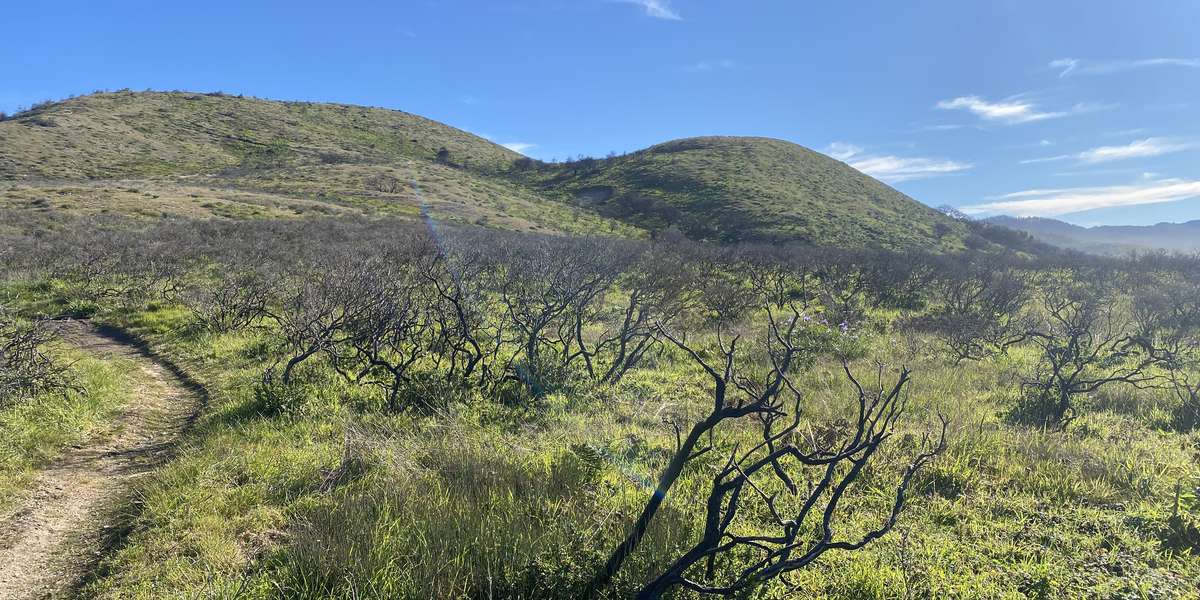 When most people think about wildfires, they typically think of forests, not the ocean, but the Pacific Ocean played a vital role in the Woodward Fire! Since the ignition point was so close to the coast, the beach acted as a natural boundary for the fire, and made it impossible for the fire to spread further west. Think of it this way; with the ocean right there, the firefighters only had to worry about three sides to the fire instead of four!

While  the beach  may not be the first thing that comes to mind when thinking of  wildland fire, many of California’s coastal ecosystems are adapted to or even dependent on periodic fire! Coyote brush, part of this coastal scrub community, is the predominant species seen at this photomonitoring point, and can withstand low heat fires since it has evolved with fire-retardant compounds in its leaves. Coyote brush actually thrives in distrubed areas like a post-burn site,  since its small wind-borne seeds can land and germinate on the newly bare soil. This prolific shrub will even help protect and provide shade for other species attempting to root in its environment. That said, coyote brush is not very tolerant of that shade itself, and if an area is left unburned long enough for a tree canopy to form, it will slowly be replaced.