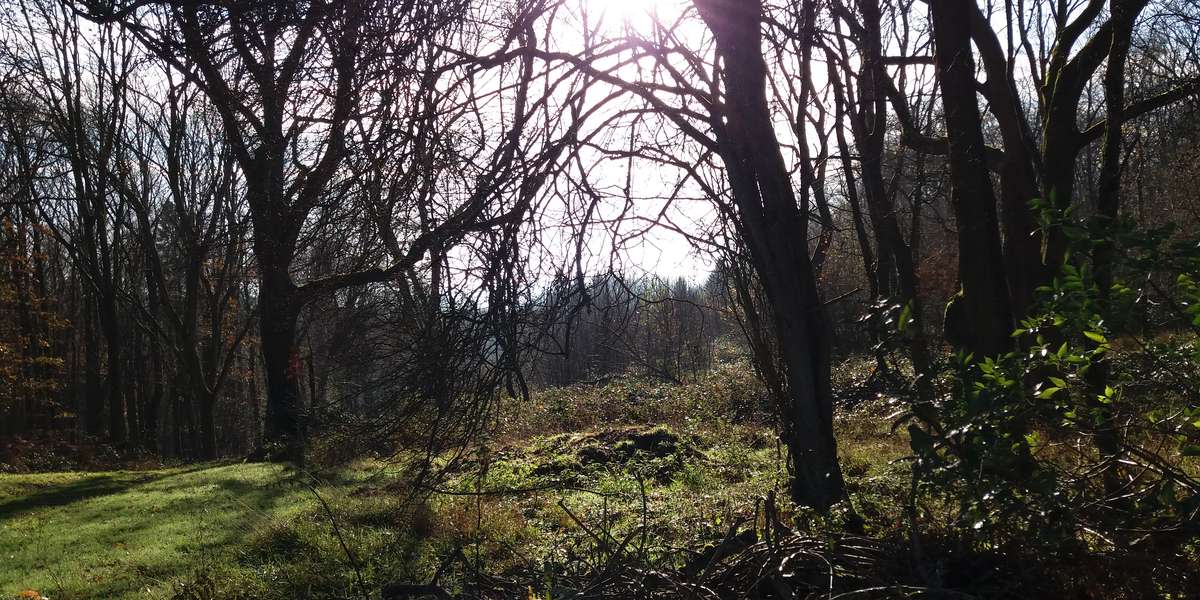 North of the Singing Way is Rough Common, an open area with some scrub, which is grazed some of the year by sheep to improve the species-rich limestone grassland. The slopes south of the Singing Way were still mainly open as well up to the 1950s, when large areas were planted, or as immediately by this post scrubbed up when the rabbits died off in the 1950s.