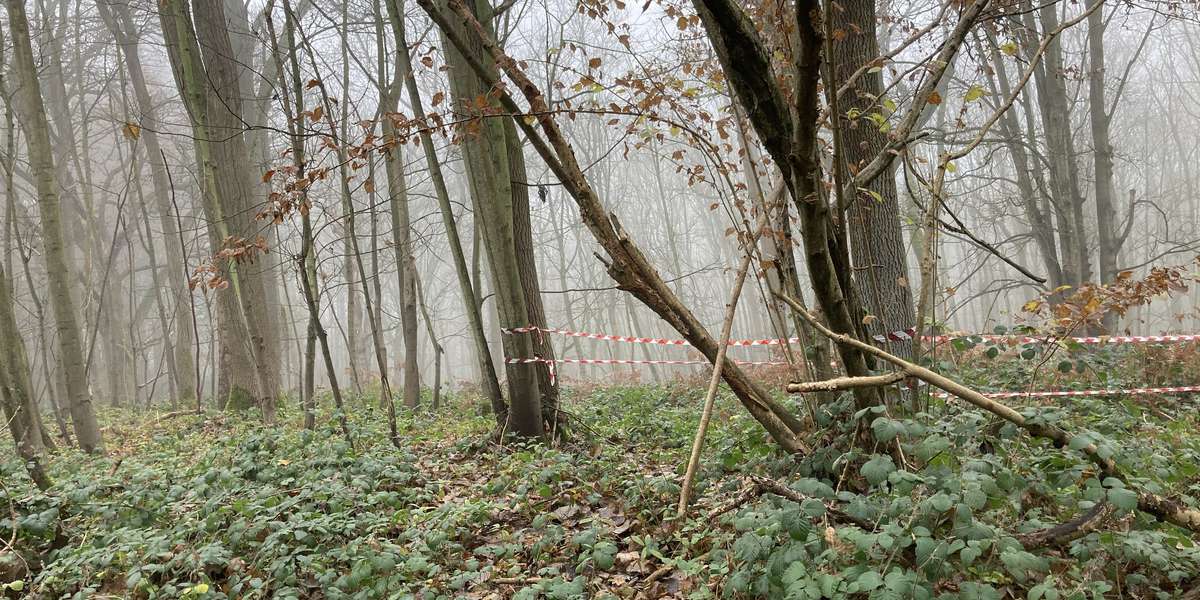 This area is a mixture of mainly ash and sycamore which was once part of Wytham Common, grazed by animals (cattle, sheep, ponies etc) owned by the local villagers. It was brought into the Woods in the mid-19th century. An old ash nearby was recently cut up because it had partly fallen across the track and had at least 135 annual rings, so must have been one of the early colonising trees.